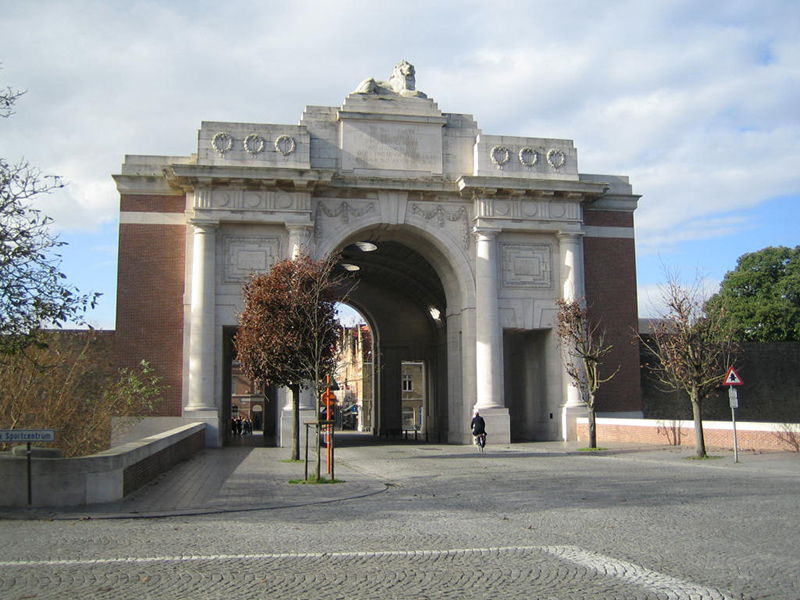 The area around Ypres is known as the Ypres Salient and shaped in an arc around the town. Many battles took place between October 1914 until the end of the war. In this area took place many important battles such as the: 1st Battle of Ypres: Gheluvelt plateau, Menin Road, Hooge and the Black Watch memorial are some of the sites related to those battles and the scenery of English and Scottish.

2nd battle of Ypres: The memorial Brooding Soldier remind us to the sacrifice of the Canadians and Yorkshire trenches the sacrifices of the British. Essex Farm where John McCrae wrote his poem In Flanders Fields was the beginning of the evacuation road of the wounded.

3th Battle of Ypres: All the countries from the British Empire have been involved in this terrible battle and result in more than 250.000 casualties. Helfire Corner, Hooge Crater, Polygon Wood , Hill 60, Hill 62, Boezinge, Frezenberg & Welsh Memorial , remind us the sacrifices of the British, Austaliens, Canadians, Welsh, Irish, Scottish, South Africans and Welsh. At the end of the tour be at the Menin Gate for the Last Post.

Interested in visiting the Ypres Salient?
This location is visited in all our tours.